Get fresh music recommendations delivered to your inbox every Friday.
We've updated our Terms of Use. You can review the changes here.

Tales from the Dreaming City (HD) 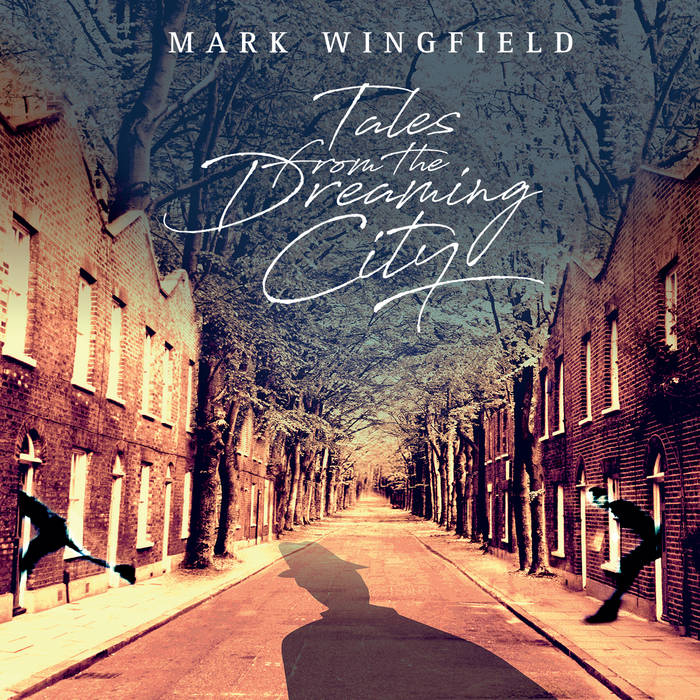 With 2015’s Proof of Light, the forward-thinking British electric guitarist Mark Wingfield showed that he was following in the impressionistic footsteps of such adventurous six-string explorers as David Torn, Terje Rypdal, Adrian Belew, Steve Howe and Allan Holdsworth. That stunning release, his seventh overall and first for MoonJune Records, garnered critical raves from the music press. “Wingfield’s guitar playing is mysterious, majestic and blazing in turns,” wrote Guitar Player while All About Jazz crowed, “Wingfield makes his guitar howl, sing and cry for mercy amid flickering single note runs.” Improvijazzation Nation opined that “Mark’s guitar is going to take you to spaces you’ve never explored before” while Music That Matters simply called him a “six-string winged, improvising shaman.”

With Tales From The Dreaming City, the intrepid sonic innovator pushes the envelope even further in the company of his regular rhythm tandem of fretless bassist Yaron Stavi and powerhouse drummer Asaf Sirkis, who are both back from Proof of Light. Belgian keyboardist Dominique Vantomme plays melodies, provides extra textures, colors and exotic voicings and solos on four tracks on this hard-hitting offering, which carries elements of prog-rock... more
credits
released May 13, 2018

All compositions by Mark Wingfield, except "At a small hour of the night" by Wingfield/Stavi/Sirkis.

"Each track on this album tells a different emotional story, perhaps about a time or event in someone’s life, or moments shared by a group of people. They weave together specific moods and atmospheres which could connect to the experiences of many people both real and imaginary. I sometimes glimpse atmospheres of mystery and subtle magic in streets of 19th century buildings and old villages hidden in the countryside. So many different people's lives and experiences have filled these old places, past and present. I wanted to capture this in the texture of the music." - MARK WINGFIELD

"Since discovering genius guitarists Jimi Hendrix, Terje Rypdal and Allan Holdsworth, some decades ago, no other guitarist, old or young, known or unknown, shook my senses more than Mark Wingfield. His adventurous, pioneering guitar work transports listeners to destinations previously unreachable, he is among the instrument's most radically unconventional practitioners and its most forward-thinking tone architects. An innovative guitar impressionist who carries an unprecedented expansion of the electric guitar's sonic palette of sounds and expressions into further uncharted dimensions." - Leonardo Pavkovic, MoonJune Records

"One of the new guitar heroes of the 21st Century, Mark Wingfield has already amassed a sizeable (and diverse) discography in the past decade. But it’s been his more recent work with MoonJune Records where he’s really opened up to show just how truly capable he is as a linear thinker, a sonic conceptualist and harmonic idealist, most notable in the all-improv contexts of 2017 Lighthouse (with Markus Reuter and Asaf Sirkis) and The Stone House (with Markus Reuter, Yaron Stavi and Asaf Sirkis). On his stellar 2016 trio date (with Yaron Stavi and Asaf Sirkis), Proof of Light, Wingfield also demonstrated his mettle as a composer and bandleader, creating memorable compositions that sound like nothing that’s been heard before, fusing elements of fusion and progressive rock with a surprising penchant for melodic ideation. With his new studio album Tales From The Dreaming City, Wingfield builds upon Proof of Light’s many successes and innovations with another trio date where his staggering technical acumen is on full display while, at the same time, always serving the music. The world needs more guitar heroes like Mark Wingfield. - John Kelman, All About Jazz

Mark Wingfield’s music soars high above the subliminal, the terrestrial, the mundane, transporting us with his musical voyage. His guitar takes on the role of a vocalist or a horn – shimmering and sometimes bellowing with expression and imagery of profound beauty. Progressive innovative guitar at its finest!” - Jerry Gordon, WPRB Radio, Princeton University
license

Widely acclaimed as one of the UK's foremost jazz guitarists. Guitar Player Magazine: "Mark Wingfield has created a unique electric guitar vocabulary... his playing is characteristically deep, nuanced, and inventive" "Unique...one of England's most accomplished players." "Consistently brilliant and forward-thinking”.

Bandcamp Daily  your guide to the world of Bandcamp

Guests John Beltran and Kim Myhr walk us through their magical musical adventures.